New York, New York is the cultural capital and business hub of the US, and possibly the world. This exuberant city's energy and local pride are contagious.

By day, luxury travelers explore the city's only-in-New-York neighborhoods, cultural beacons, and legendary stores. Their rest station? Manhattan's back yard, Central Park. By night, there are fashionable new restaurants to see and be seen in, and -- when your New York energy flags -- sumptuous hotels like The Pierre or quiet, all-suite hotels like The London NYC to recharge in.﻿ 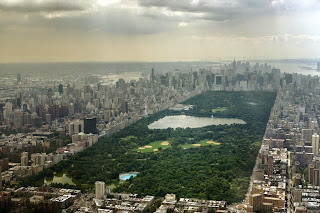 2. Paris, the City of Light

There is no more romantic spot on Earth than Paris. It begs to be explored hand-in-hand, from its historic boulevards to its artsy enclaves. Everywhere you look, France's capital is dotted with breathtaking monuments, enthralling museums, dignified hotels, divine restaurants, and tempting boutiques.

Today's Paris is a welcoming destination whose hospitality pros willingly speak our language. But one thing hasn't changed: the better you dress in the city that invented fashion, the more Parisian you will feel. And you can probably live with that.

Indisputably, London is the cradle of the world's English-speaking civilization. So the city on the Thames feels agreeably familiar to Americans, but with more tradition, better cabbies and an accent we can't help but love.

This regal metropolis entices luxury travelers with unparalleled theater, a culinary revival, and a thriving style scene. And London invented butler service. Luxury travelers are well looked after whether they choose a distinguished grand hotel like The Langham, London, a glamorous, celebrity-magnet hotel like The Corinthia London, or a happening hotel in a trendy, artistic neighborhood, Andaz Liverpool Street.

In Italy, la dolce vita -- the sweet life -- reigns. But where in "The Boot" will you kick-start your joyous journey? Venice or Sicily, for their wondrous scenery? Rome and Florence, for their magnificent Michelangelos and Da Vincis?

Tarquinia near Rome, for its heartbreaking family tombs of a vanished people?

Milan, for its Armanis, Pradas, and Versaces?

Or perhaps you're in the mood for Cortina's Alpine skiing.

Or Amalfi Coast's buzzy seaside promenades and glorious cliffside hotels like Monastero Santa Rosa. Or the world's most renowned food and wine in Bologna, Tuscany, and Naples.

Italy can almost overwhelm you with all its sensual bounty. But luxury travelers have decisions to make. Which Italian pleasure will you savor today?

Las Vegas boasts the world's biggest and best casinos. But this 24-hour desert flower would be a world-class tourism draw even without the wagering. Vegas is truly a sight to behold. It flaunts dazzling celebrity-chef restaurants (like the world-class Joel Robuchon, plus glamorous clubs, mesmerizing shows, seductive spas, designer shopping, and resplendent hotels like The Cosmopolitan of Las Vegas,with suites as big as the Nevada views, or Nobu Hotel Caesars Palace,with magnificent dining at your beck and call.

Since tourism is Vegas's lifeblood, Vegas' restaurants are sensational, and the hospitality service you get here is second to none. What's more, every attraction accords VIP perks to big spenders. Viva Las Vegas!

French Polynesia, also known as Tahiti, will never be a vacation destination for everyone. Nestled in the South Pacific halfway between Peru and New Zealand, it is far…from anywhere. Its high tabs give any budget a workout. And with little for visitors to do besides laze in their "overwater bungalow" and snorkel in the turquoise lagoon below, French Polynesia is, in a word, sleepy.

Luxury travelers claim their own, upper-crust Caribbean. They patronize exclusive (and expensive) islands with distinct personalities, clienteles, and even languages.

So what's your pleasure?
On the right Caribbean isle, your vacation becomes a fantasy private getaway.

The sleeping dragon -- China -- has awakened, and the world will never be the same. This enterprising mega-nation has swiftly built a luxury travel industry. Visitors come eager to take in China's traditions, treasures, and tastes. And they are awed by the contrast between China's dynastic palaces and futuristic cityscapes.

Luxury travelers to today's China can count on flawless service and glorious meals. Exquisite lodgings, too. Posh hotels and resorts have sprouted in China's thrillingly modern cities of Hong Kong, Shanghai, and Beijing -- and in emerging hotspots like Hangzhou, Sanya, and the shopping mecca of Shenzhen.

In Thailand, nature and tradition coexist with tourism comforts, furnishing an authentic yet inviting travel experience. No wonder this genteel, versatile nation has become the superstar of Southeast Asian tourism.

Service, spa culture, and cuisine are high arts throughout Thailand. And getting around is easy. Thailand's dynamic yet exotic capital, Bangkok, is within easy range of tropical beach magnets like the idyllic island of Koh Samui. Here, five-star hotels from Four Seasons, Banyan Tree, Orient-Express and Anantara one-up each other, competing for luxury travelers.

At the world's first Ritz-Carlton Reserve in Phulay Bay, every villa has a butler who makes sure her charges forget or miss nothing. You could get very spoiled in Thailand.

Is there a luxury traveler alive whose bucket list omits a deluxe African safari? It's time to get started. Eco-conscious Kenya, South Africa, and Botswana have become the go-to African safari choices. Here, safari adventurers get personal with majestic lions, leopards, giraffes, rhinos, and elephants. Later, they relish candlelit dinners and moonlit nights at simple yet stunning safari lodges and camps.

Private or small-group African safaris, are highly customizable. Your adventure could include Range Rover trekking, heli-touring, biking, and hiking. Or it could swing by spectacular Victoria Falls or combine "bush and beach." Even better, safari outfitters who are seasoned Africa hands, like Extraordinary Journeys Africa, Jacada Travel, and Abercrombie & Kent, do the planning for you. Your African safari may not be so far off.